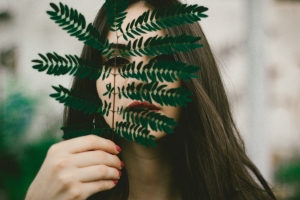 Humans are social beings and in order to fit into the environment one has to obey and act in accordance to social norms. Sometimes a desire to fit in leads people to reveal only half of a truth about themselves or even lie. Social desirability is a construct that human behaviour researchers need to deal with.

Social desirability response bias (SDRB) is a predisposition to leave a positive impression about oneself (Paulhus, 2002). The model of SDRB has two dimensions – impression management and self-deception (Paulhus, 1984). In the first case people consciously try to leave a better image of themselves by distorting the answers and in the latter case they genuinely believe their more positive self-image. Trying to impress other people by consciously distorting the facts about oneself is dependent on the context – who is in the audience, is there a possibility to remain anonymous and what is the expected outcome of the situation (Tracey, 2016).

Giving answers in accordance to SDRB could be a sign of lacking sense of obligation, emotional stability and honesty (Tracey, 2016). The threat to give a socially desirable answer is higher in a situation in which the outcome is important for the attendee – for example in a job interview. Several studies have found that 30% of people give socially desirable answers in a situation like that (Tracey, 2016).

The construct influences the recruitment process – people who give answers in accordance to SDRB score higher in the tests and in turn have a higher possibility to get hired (Tracey, 2016). A study revealed that applicants for a job had a significantly more positive profiles compared to already hired employees (Rosse, Stecher, Miller & Levin, 1998). Consciously distorting the answers is not always bad – it can refer to applicants’ functional knowledge of social norms which in turn could be linked with higher job performance (Rosse et al., 1998).

Here are some tips to identify SDRB in a job interview:

Approaching the candidate like this may bring up qualities that were not mentioned before – this could indicate that the candidate was answering in a socially desirable way.

Trying to create a better image of oneself and obeying to the norms is a normal process so as to cope with the surrounding environment. Being aware of the social desirability construct in a recruitment process is crucial in order to choose an applicant whose positive image is in accord with the reality.

VINK is looking for a CONTROLLER
Scroll to top